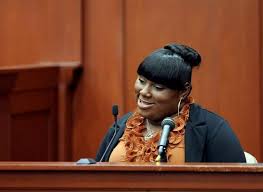 Rachel Jeantel has been given a hard way to go.  Sadly much of the criticism is at the hands of, you guessed it, so-called Black/African Americans!  Surprised?  Nope.  Not at all.  As mentioned her demeanor bothered me at first.  However, though not as articulate as some middle/upper income, so-called Black/African Americans would have liked her to be, Rachel’s responses were clear in content and context; as was her critical analysis of the  defense attorney’s cross examination.

You see, her lack of appropriateness had less to do with ignorance and more to do with a cultural divide – the elephant in the room with the unicorn horn protruding from its head, the argyle patterned skin, and polka dot glasses.  He was an older, seemingly out of touch White man who had very limited exposure to so-called Black/African Americans…who refused to bow down.  “How in the hell did an overweight, dark skinned Black girl find it within herself to talk back in a less than respectful manner?!  Doesn’t she realize I’m a White man?!”  Forget the fact that she is on national television in front of millions describing the sudden death of a friend; or the fact that she was in a courtroom; the defense attorney was getting his ass handed to him by a Black women – stunned, shocked, and embarrassed.

Many so-called Black/African Americans of a particular socioeconomic status were probably hanging their heads in shame.  Yet I have to (and hate to) wonder if Rachel were lighter skinned and lighter bodied with longer hair and keen features (i.e. more White facial features); speaking with a tone and timber of a White woman would the defense attorney have been as harsh in his cross examination?  Would so-called Black/African Americans have been so damning of who she was perceived to be: an ignorant Black girl clearly from the hood who ain’t never been nowhere (bad grammar; “Da Blogga” taking liberties to provide illustrative and needed emphasis, LOL!)?  I doubt it.

We have a looooong way to go; but in the words of Sam Cooke “a change is gonna come”…when we  do – first.

Actress Gabrielle Union was one of the 4 so-called Black/African American thespian powerhouses invited to the panel on “Oprah’s Next Chapter”.  She sat among the wisdom and strength of Cosby Show groundbreaker Phylicia Rashad, milestone master Alfre Woodward, and academy award nominee Viola Davis.  Gabrielle made it very clear that she wasn’t the nicest person.  That defining moment was revealed in depth during her acceptance speech at the Essence magazine’s Black Women in Hollywood pre-Oscars® luncheon where she received the Fierce and Fearless Award.  Humbled by the honor, she made a statement that she took liberty and pleasure when she, “Tapped danced on another woman’s misery!”  One may argue that this is akin to being a “woman” thing; however, among so-called Black/African American women the stakes are higher: be it vying for a desirable, presentable Black Man to date or marry; or the scarcity of available status building career advancement opportunities – if we cannot have it we have to tear someone else down to feel better about the perceived rejection experienced.

Admittedly, Union stated that at the core of her venom was simply fear: Feeling Exceptionally Aware of Rejection.  Somewhere in her middle class, White-oriented upbringing she learned that being drenched in Black skin was ample cause to forget she existed in it.  Realizing she was a dark brown skinned girl impressed that worldview even more.  Gabrielle, stating that she had been a mean girl since she was 8 years old had two aspects of her life competing for her attention: survive being a so-called Black/African American in a White community; and live as a so-called Black/African American with the knowledge that she was only accepted if she was unabashedly engaged in her self-hate.  A self-hate that she said helped her to negate Black History Month by loathing it; a self-hate that allowed her to totally believe that a White speech pattern and vocal tone included in her total assimilation was not only acceptable, but to a large extent for Hollywood worked for her: she’s dark enough to know she is a so-called Black/African American woman, but White enough to appeal to the mainstream; i.e. she knows how to act in front of and around White folk.

Essentially in spite of it all Gabrielle Union’s code switching has opened doors for her.  Granted, she is a beautiful woman.  A woman who has survived a sexual assault at age 19 and was duly accused of being a homewrecker with Miami Heat’s Dywane Wade as his marriage was fraying.  All this and made it to 40 where many awakenings occur – and growth pursues.  Yep.  Gabrielle Union has grown up and she tells us so in the video clip.  Even though the documentary  “Dark Girls” was not all encompassing of the issues and concerns experienced in my own life as a dark brown skinned girl and woman, Gabrielle Union summed it up in her speech – though not verbatim it was clear she had a major issue with her skin tone and somewhere along the way she learned that ignoring that part of herself was alright.

As I couldn’t help but notice how very light skinned her mother is, I wonder just how much Gabrielle’s issues and hangups were reinforced…at home. 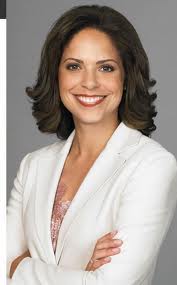 I did not watch Black in America on CNN last evening on purpose.  Many of you that embrace a conscious stance on Blackness are probably wondering how an academic such as myself who has an audience of graduate students at my disposal could turn a blind eye.  Well, honestly, it was easy.  In fact, the subject matter was not problematic: the light skinned/dark skinned thing is nothing new to the African American community.  The Latino community also has these issues as a very dark skinned woman from the Dominican Republic told my late Mother who was lighter skinned, “In my country, you good; Me, no good!” For my Mother, it was her first realization that lighter skin preference existed globally.  Yet CNN in its boldness decided that Soledad O’Brien is the best correspondent to tackle African American issues.  Interesting.

I say so because Soledad O’Brien for all intents and purposes is considered “White”.  Though I am well aware she is Afro-Cuban, she is also Australian.  Her skin color, keen features, straight hair and tonality all scream palatable to a larger White audience who may have a little problem hearing about Black issues from…Black People!  Heaven, forbid.  Her ivy-league education also is a sigh of relief for a larger White audience who may be interested in this topic from an intellectual lens as to offer critical analysis; but distanced enough to remain clueless though some of their ancestors played a role.  Essentially in another time and space Soledad would be considered “one of us” with the option to pass for White.  Enslaved in the plantation house in the midst of harrowing holocaust of African slavery in America, Soledad O’Brien would have had a tiny reprieve due to her looks.  Really?  Watch.

O’Brien is an honorary member of Delta Sigma Theta Sorority, Inc.; a historically Black sorority.  She also attends the National Association of Black Journalist and the National Association of Hispanic Journalist conferences.  Uncertain how much she has explored the Australian side of her lineage, it is clear that she knows her heritage and celebrates it.  I’m going to go out on a limb however and guess that her experiences ill-compare to her CNN correspondent counterparts Fredericka Whitfield and/or Suzanne Malveaux (posted below, respectively) – very light skinned African Americans; which begs the question,”how come they weren’t pegged to do this series?”  Simple: 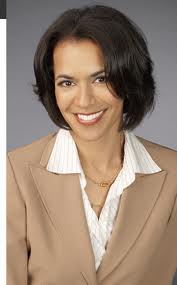