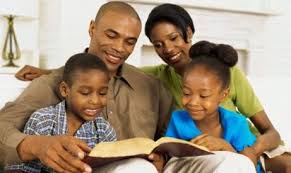 I know recovering drug addicts who have become addicted to the group counseling process.  Aware that one group counseling series does not make everything “ok”. Yet, self-help guru Iyanla Vanzant coins a phrase that characterizes some of these as being “stuck in his or her story.”  It’s that victim mentality that pervades all we do, don’t do, and refuse to do to get past our hurts and pains.  It drives everything we say or disbelieve.  No matter whether the solution is at grasps reach we have a fully substantiated rationale as to why it won’t work; even if we haven’t tried it.  Granted this isn’t indicative of addicts only; we’ve been there a time or too.  We’ve felt as if this brick wall we keep running into is following us on purpose.  “Two steps forward; five steps back!”  I know I’ve uttered that in my life.  Then there was that timeless epiphany.  You know the one: “that’s it”; “I’m tired”; and the ever declarative, “I’M DONE!”

So I wonder when so-called African Americans will be done?!  We’ve known what the enemy has been for way too long.  That brick wall isn’t 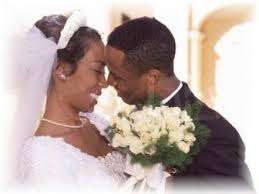 necessarily following us more than it exist because our strategies no longer impact change.  Continuing to use old, outdated ineffective methods (marches, begging speeches, what the man did wrong forums, etc.) is a disservice to our ancestors.  The time is for doing. Go get your son or daughter off the block.  Turn off the television and devise a thorough, strategic plan.  Start your OWN school where you know your children will be educated properly and treated fairly. Start and develop businesses that support the so-called Black Community, serving as an opportunity for men and women who are released from incarceration to work as to remain out of the prison industrial complex.  Marriage has to remain THE #1 institution for completion and security of the so-called Black Community.  We must get beyond this infighting and hating of each other (“black males ain’t ish” and “black females are -itches”) and see the humanity of each other; and why we must work together to make it right. 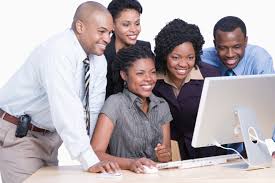 To proclaim I have all the answers is ludicrous.  Yet I see myself as a solution-focused person.  Waiting for the next black leader is futile.  Waiting for the next professional athlete or entertainer to drop a check in the so-called Black Community to make everything better, in the words of Brother Malcolm X, “is unintelligent!”  Believing that President Obama hasn’t done enough for the so-called Black Community is the same mentality that has us stuck on the struggle; because the story and the struggle has become more glorified than the WORK that is required… 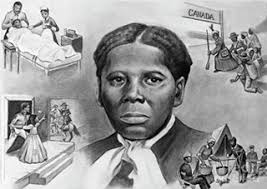 Rachel Jeantel has been given a hard way to go.  Sadly much of the criticism is at the hands of, you guessed it, so-called Black/African Americans!  Surprised?  Nope.  Not at all.  As mentioned her demeanor bothered me at first.  However, though not as articulate as some middle/upper income, so-called Black/African Americans would have liked her to be, Rachel’s responses were clear in content and context; as was her critical analysis of the  defense attorney’s cross examination.

You see, her lack of appropriateness had less to do with ignorance and more to do with a cultural divide – the elephant in the room with the unicorn horn protruding from its head, the argyle patterned skin, and polka dot glasses.  He was an older, seemingly out of touch White man who had very limited exposure to so-called Black/African Americans…who refused to bow down.  “How in the hell did an overweight, dark skinned Black girl find it within herself to talk back in a less than respectful manner?!  Doesn’t she realize I’m a White man?!”  Forget the fact that she is on national television in front of millions describing the sudden death of a friend; or the fact that she was in a courtroom; the defense attorney was getting his ass handed to him by a Black women – stunned, shocked, and embarrassed.

Many so-called Black/African Americans of a particular socioeconomic status were probably hanging their heads in shame.  Yet I have to (and hate to) wonder if Rachel were lighter skinned and lighter bodied with longer hair and keen features (i.e. more White facial features); speaking with a tone and timber of a White woman would the defense attorney have been as harsh in his cross examination?  Would so-called Black/African Americans have been so damning of who she was perceived to be: an ignorant Black girl clearly from the hood who ain’t never been nowhere (bad grammar; “Da Blogga” taking liberties to provide illustrative and needed emphasis, LOL!)?  I doubt it.

We have a looooong way to go; but in the words of Sam Cooke “a change is gonna come”…when we  do – first.