We marry, we relate, we love… 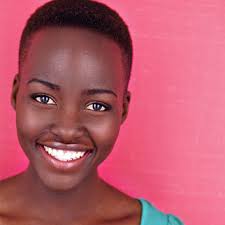 Winning an Oscar has evaded persons of Black African descent in America for long stretches of time. Yet “12 Years A Slave” Best Picture win seemingly called attention to something so-called African Americans have been portraying on the screen for years: the brutal, racist slavery in this country, and the story of free Africans in America.  So one may wonder why this film was considered more than those past, most specifically the late author Alex Haley’s genealogical account of his family from Africa to America, “Roots.”  Simple.  The director Steve McQueen, and actors Lupita Nyong’o and Chiwetel Ejiofor are African.  Which makes this a significant win but one wrought with facing the identity crisis for so-called African American people: that any denial of a link to the continent of our ancestors is a sickness that continues to plague us.

I remember Whoopi Goldberg stating she was “American”; declaring that adding African was “limiting”.  So basically if we are American from being born here, but our ancestral roots expand across a hemisphere, wouldn’t be wise to claim it? We are quite declarative about being Native American and Black.  If we have White ancestry which reflects in our skin tone and hair length it brings a type of interesting privilege among us.  Yet we look at our African heritage as if it is a bastard stepchild.  Hmmmm…

Months ago the documentary “Dark Girls” debuted on television detailing the hurt and pain of those of a darker hue being referred to as ugly and undesirable; most sadly by many Black folk.  BET’s “Being Mary Jane” emphasized this when Gabrielle Union’s unmarried niece who is 19 years old and having her second child stated that her daughter would be pretty with long hair because the father was Filipino. She further intimated that her being overweight and dark skinned limited her chances in life so being sexually adept was the only way she could garner attention; period.

Interestingly, in spite of Lupita’s deep, rich beautiful skin tone, the so-called African American community seems to have completely embraced her features. Comments such a “radiant” and “beautiful” have been attributed to her without hurtful iterations, most especially, “She’s pretty for a dark skinned girl.”  Her hair has not been a subject of concern being short and to her scalp.  In fact she’s seen as being sharp without suggestion of a weave or wig.

What’s up with that BLACK PEOPLE?! I’ll tell you what’s up: the longer we refuse to identify with our AFRICAN heritage the longer we will linger in self hate.

After all in the words of Dr. Maya Angelou, Lupita is the “hope and the dream of the slave”…