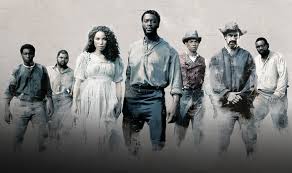 The WGN America Channel series “Underground” details the lives of enslaved Africans on a Georgia plantation in the 1850’s and their quest to escape the bondage that is the American holocaust. For the first time in my recollection, enslaved Africans are portrayed as intelligent, thinking, capable human beings; in spite of their living in such an inhumane state of affairs.  Each character, uses their own agency that if collaborated enables freedom.  Be it women, who were thought would have slowed the process; or men who were suspect of blowing it – they were shown as being capable of understanding that their dismissal of who they were as Africans, even if not mentioned as such, did not and would not make them more acceptable to their White slave masters. In a word, they were clear as to the situation being nightmare of nightmares.  Which begs the question; “Does the 21st century American African get it?”

We’ve heard countless comments and iterations from so-called Black celebrities suggesting that they are “not African.”  Some of these celebrities actually were “surprised” on shows that reveal their DNA’s origins that their ancestry ended up in the very place they were attempting to deny.  It’s as if the dismissal of such will make it all better, even though the displays of hatred have been enhanced in ways that are reminiscent of enslavement.  What’s even more perplexing is the willingness to expend energy at campaign rallies where the welcoming mat is…non existent; and be even more surprised when physical and penal violence is heaped.  Imagine if all that synergy was crafted into a think tank or strategy to pool resources, and strengthen the lot.  Imagine.

So, it is my hope that “our people” (for every brother/sister is not a brother/sister) get a clue and tune into the series for more than just entertainment purposes; but for the  reality check.  Ignoring this history or dismissing it as a bygone era is dangerous.  This mentality contributes to a belief that all is well in the face of the violent physical, psychological, spiritual and mental deaths against Black folk: men, women, boy, girl – in similar manner to the 1850s.